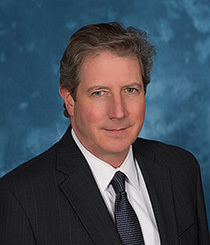 Steven J. Roeder is the principal of Roeder Law Offices LLC.  He focuses his practice on complex commercial litigation, professional liability and class action litigation throughout the country.

Mr. Roeder has achieved an AV rating from Martindale-Hubbell, the highest rating that firm gives.   He has been recognized in Illinois Super Lawyers for business litigation and class action/mass torts defense from 2005 to the present and as an Illinois Leading Lawyer for commercial litigation, class action defense and product liability law.  Since 2005, Mr Roeder has taught trial advocacy as an Adjunct Professor at the Northwestern Pritzker School of Law.

Mr. Roeder has more than 30 years of jury trial experience, representing corporations and individuals in hundreds of cases throughout the United States.   He successfully has tried more than 35 cases before state courts, federal courts and arbitration panels.

Mr. Roeder has substantial experience in nationwide and statewide class actions.  As Chevron’s supervising North American counsel in the High Temperature Plastic Vent Pipe Litigation, he supervised and coordinated the defense of nationwide class actions filed in Tennessee, Alabama, Georgia and Canada, supervised the defense of claims filed in Massachusetts and Texas, and prosecuted the company's claims for contribution and indemnity.   He also negotiated a landmark industry-wide corrective action plan that resolved all U.S. claims against the company and its affiliates to replace an estimated 250,000 high temperature plastic vent pipe systems throughout the country.

Mr. Roeder also recently tried a contract claim in the New York Supreme Court in which his client was awarded $24.8 million in damages and prevailing party attorneys' fees of more than $4.1 million. After the contract claim was affirmed, his client received more than $31.9 million to satisfy both judgments.

In the professional liability area, Mr. Roeder has prosecuted and defended claims of professional negligence and misconduct against accountants, attorneys and other professionals.   He won a $13 million jury verdict for the governing board of the City Colleges of Chicago in an audit malpractice lawsuit against PricewaterhouseCoopers, L.L.P, believed to be the largest reported audit malpractice jury verdict in Illinois.  In product liability matters, Mr. Roeder defended dietary supplement manufacturers and distributors in ephedra-related claims alleging personal injury and wrongful death.

Mr. Roeder also has successfully handled pro bono matters.  In the separate murder trials of the two indigent defendents he was appointed to represent, Mr. Roeder obtained acquittals in both cases.